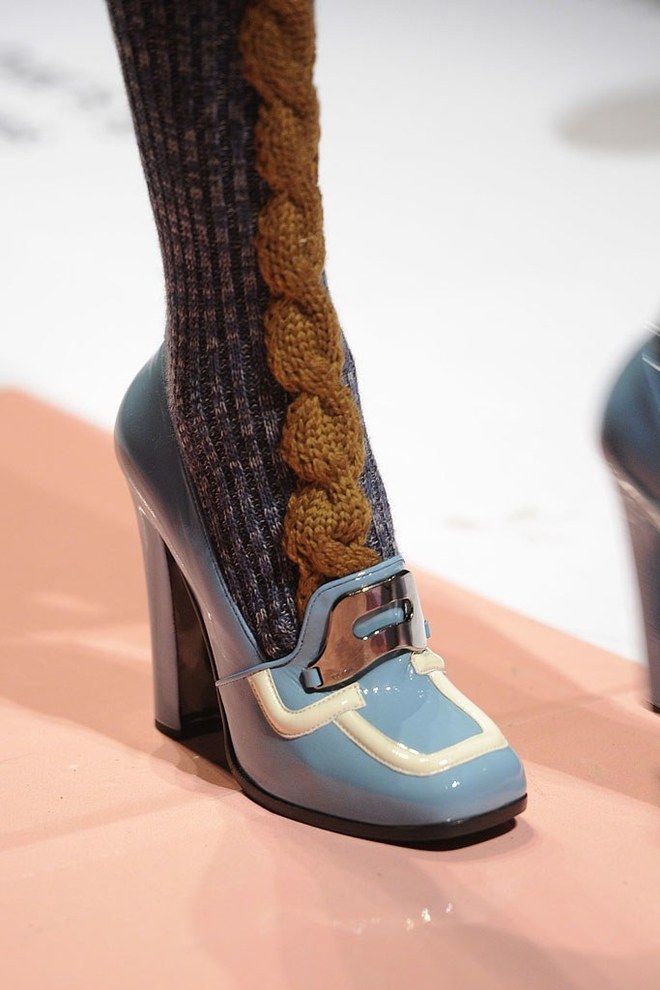 Chunky shoes are back, haven’t you noticed? But Miuccia Prada is above kowtowing to current trends. Instead, Mrs. P delivered out her own take on stylish shoes on the Prada Resort 2019 runway now, weaving block-heeled loafer pumps and pointed out D’Orsay pumps out of technical sport net. Think of it as your preferred running shoe redone as a clunky heel–or your favorite pair of Prada loafers reborn for the 21st century.

In fact, the block-heeled loafer shape has been at the Prada playbook since the mid-’90s, when it had been the de facto shoe of intellectual women with an arty edge. The shape also emerged on Prada’s runway during its Spring 1999 series , a set comprised of sporty references, such as fanny packs, reflective fabrics, and utilitarian detailing, with a pseudo-hippie flair represented on the runway by large mirror paillettes. The shoe of choice for those new wave bohemians was a kiltie loafer in brown or beige. For Fall 2003, Mrs. Prada returned into the idea of a loafer, outfitting versions in slingback platform shoes with an abbreviated loafer front, opting to leave the loafer in the runway for several seasons after that.

It had been 2010 if the Prada loafer returned to its high-fashion relevance. In both the Pre-Fall and Fall runway indicates that year, versions wore block-heeled loafers. For Pre-Fall, the shoe came in colors of burgundy and caramel with homework college fringing; for Fall, they were shown in a full record of pastels with a mirrored detail at the front.

For Resort 2019, Prada loafer is officially back in its glory, now with a sporty twist and accompanied by embellished tights along with teensy miniskirts. The sole question would be, which Prada-approved It girl from the series’s front today will wear it first: Chloë Sevigny or Dakota Fanning?